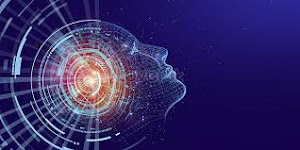 11 Lest Satan should get an advantage of us:

for we are not ignorant of his devices.

These are EXTREMELY perilous times.

We are being hit on ALL fronts.

A constant bombardment upon our mind, body, and spirit.

If your heart is not right with JESUS, you are truly at peril.

These are the devil's devices:

Here's a brief explanation of these devices:

The devil moves with the times.

A dream from ages ago told me something was cookin' in the labs.

Then the covid thing happened.

The enemy doesn't want us to love GOD.

He wants total power, in place of GOD.

He does all he can, that GOD's power is diminished in us.

Something very eerie has really happened.

Where before, we had the freedom to be with family and friends, any time we chose, well, now, things are different.

Someone obviously wants us not to gather, and share the WORD.

What is God's TRUTH?

Are churches in sync with the original teachings of CHRIST?

If you are confused, then you know the devil's hand is in it.

What does the Bible say?

How have churches taught GOD's WORD?

Are they still in sync with what JESUS had taught?

Too many things, too little time?

Have we got time for GOD?

I sure hope so.

It has been an old strategy, to make the rich, richer; the poor, poorer.

To enslave people, keep them ignorant, and thus, controllable.

Or to make other races superior to others.

What are you addicted to?

Many devices get us addicted -- lust, power, idolatry, vanity, fame, fortune -- all the things GOD abhors.

It is with our participation, and lust for things of the world, that we will be destroyed.

The world has gotten so weird, people get confused, depressed, and maybe even suicidal.

But there's hope -- if only you'd know where to look.

What are we to believe anymore?

Who are we to believe?

I believe in JESUS.

The devil knows where to hit.

Where the devil is, there's violence.

A sure sign that the LORD will return for His people.

In sin, is death.

In JESUS, is LIFE.

The LORD died on the cross, was buried, and rose on the third day.

After that, death, and the devil, were conquered.

He loves creating confusion, pitting one against the other.

Divide, and conquer -- that's always been his strategy.

We are definitely not in cadence with God.

There is no discipline, only indulgence.

A love for the world, and not for God.

People are deprived of their right to freedom.

They have been deprived of the right to live peacefully, to praise God, to even breathe.

You know who's behind it.

How are people being corrupted?

How is the enemy corrupting our bodies?

How is the enemy corrupting our minds, and souls?

The race to dominate others is futile.

The devil, authority on earth, dominates them all.

But he forgot, or at least tries to forget, JESUS was given POWER over ALL heaven and earth by GOD Himself.

All these are to be expected.

For this is the nature of the battle.

Are you a soldier of CHRIST?

I hope you are, for this is the nature of CHRIST's enemy:

12 For we wrestle not against flesh and blood,

against the rulers of the darkness of this world,

against spiritual wickedness in high places.

because your adversary the devil,

as a roaring lion, walketh about,

seeking whom he may devour:

9 Whom resist stedfast in the faith,

knowing that the same afflictions

are accomplished in your brethren

that are in the world.

Where can we find hope?

Only in JESUS, the SON of GOD, the REDEEMER, the MESSIAH, the PRINCE of PEACE, the MIGHTY GOD, and soon, a man of war, who will have His faithful meet Him up in the air, and eventually make war on the devil, and all those who follow the latter.

11 And I saw heaven opened,

and behold a white horse;

and he that sat upon him

was called Faithful and True,

and in righteousness he doth judge and make war.

and on his head were many crowns;

and he had a name written,

that no man knew,

13 And he was clothed with a vesture

and his name is called The Word of God.

14 And the armies which were in heaven

followed him upon white horses,

15 And out of his mouth goeth a sharp sword,

that with it he should smite the nations:

and he shall rule them with a rod of iron:

and he treadeth the winepress

of the fierceness and wrath of Almighty God.

16 And he hath on his vesture

and on his thigh a name written,

And Lord Of Lords.

JESUS is the WAY

The FUTURE of the WICKED

Psalm 37:18 King James Version 18 The Lord knoweth the days of the upright:  and their inheritance shall be for ever . Why does the Bible ... 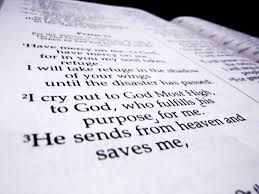 Jeremiah 29:11
King James Version
For I know the thoughts that I think toward you, saith the Lord, thoughts of peace, and not of evil, to give you an expected end. 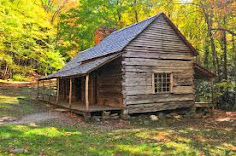 Leila Casusi
The work I do, is share GOD's WORD with you. 1 Thessalonians 5:23 King James Version -- And the very God of peace sanctify you wholly; and I pray God your whole spirit and soul and body be preserved blameless unto the coming of our Lord Jesus Christ.